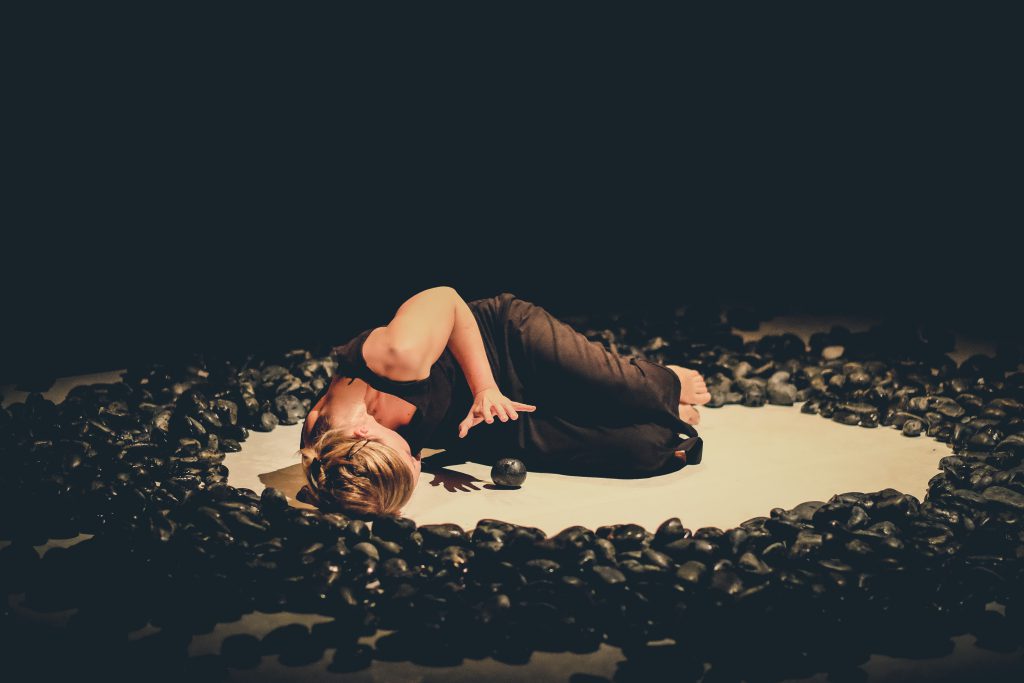 a k entrepôt and Laurance Henry

Established in Brittany in France, a k entrepôt is directed by Laurance Henry, set designer, visual artist and stage director.

Sitting down, discovering an empty space and completely transforming it from nothing into a playground, a place full of laughter or full of tears. Making it into something else, something new : a garden, a castle, a bedroom, a boat, the sea… using whatever comes into your head and letting your imagination ran wild. Childhood is a time where playing with 3 bricks can make you a builder, a pirate or even a princess where regards are great, emotions are strong and love is eternal. Each creation is based on this period of my life like a constant starting point.

In this noisy period, I demand silence.

During this period of time that requires full, immediate and formatted answers ; I demand abstraction, clearness also hollowness but above all for young people. For these beings in the making : helping them, giving them a choice, freedom and the possibility to open a door that could surprise them, a door to the unknown.

In addition to our shows, Laurance Henry, the artistic director of a k entrepôt, offers workshops upon scenography and the relationship between visual arts, drama and dance. 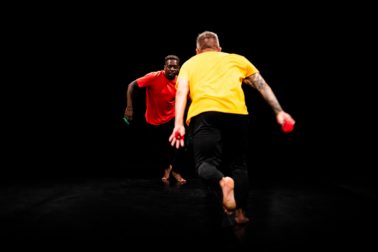 «mOts premiers» brings together two performers, two men: the first Harrison Mpaya an actor, the second, Jordan Malfoy, is a contemporary dancer, he came to dance through hip-hop, the combined experience of the ground, the street, the battles.

Each of them already has its own language, languages, practice and experience. In «mOts premiers», in reference to MerleauPonty, each one tries to return to the original speech, to unravel the knowledge to find the wonder, the astonishment, the freshness
of the beginning.

Each tries to communicate with the other, to find a common territory by releasing what was acquired. Where to start?

« mOts premiers » is intended for early childhood from the age of 3. 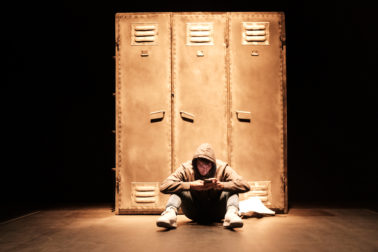 « Tomber en Amour » is a drama, dance and visual art performance for teenagers from 14 years old.  This play will be created in october 2020.

« Tomber en Amour » will be about this particular moment when childhood comes to the end, the teenage years when the first great love, the first emotions and chills in love blow up.

It’s strong, it smacks in the heart and belly, it’s whole, it pushes to go far, to forget others, to focus on the other, this subject that shakes you. It also makes you grow and suddenly realize that you are no longer a child. This first love affair signifies the end of childhood, the transition to adulthood and the first break with the family environment.

en UN éclat / in ONE burst

Dance and visual art performance for children from 2 / 3 years old.

« en UN éclat » is a choreographic duet with an old woman (78 years old) and a young breakdancer.

A white set. Immaculate. Circular. A playground. Here stands a woman, a dancer, white haired. This white space is hers. She is moving quietly, slowly ; she has time, a lot of time.

The first move comes from a boy ; he is a dancer as well. He appears out of nowhere.  And the meeting between these two ages takes shape and comes to life. Slowly because the woman, the eldest, has time. Clumsily, because the youngest, the greedy boy is impatient.

Dance and painting performance for children from 15 months old.

« colimaçonne » gathers one painter, Laurance Henry, and one hip-hop dancer, Jordan Malfoy. This duet has been inspired by residencies in kindergarten, schools, and retirements houses, and proposes gestures, movements, that comes up from anyone’s childhood : breath, flow / jerk, impact / impulse, extremely small, poetry of daily life gestures or playing.

Technically very light, « colimaçonne » has been thought to be able to be performed in-situ, in any kind of space with daylight : in libraries, kindergarten, schools, private houses, retirement houses, or on stage of course with the audiences all around the performers. 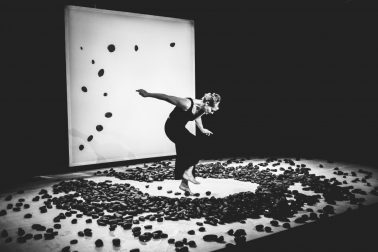 Dance and visual art performance for children from 2 / 3 years old.

« entre deux pluies / between two rains » is a choreographic solo, 300 kg of black rock and a few drops of rain.

She enters, looks, observes and waits too. She circles, moves in, hesitates, she enters the stone’s world. Suddenly, she is there, penetrating this pebble field. She slides into this space…